its been a while since Ive been here. things were getting a bit out of hand here Richard had a stroke and I let everything go to take care of him but we made it through and hes doing a lot better.  Since I was home I just finished up a few things to make space in case we needed to bring in a bed for him but he wanted to stay in the recliner so I stayed in mine to be next to him (but as soon as I got up to do something Cooper jumped into mine and would not leave so most of the time I just let him stay there.

I dont think I showed you the diorama I made, its for the Neca Leatherface figure which is 8 inchs tall 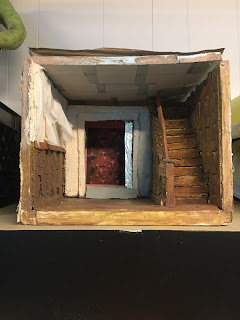 I used my old roombox that I never used or touched after I entered it in a dollhouse contest we had here a few years ago, I think it turned out ok what do you think, I also included a few photos of the other houses I made. instead of being in the spook room they are on top of the shelve when you walk in the store.  I still have three at home that Im working on now that Richard is feeling better I'll show you those when they are finished 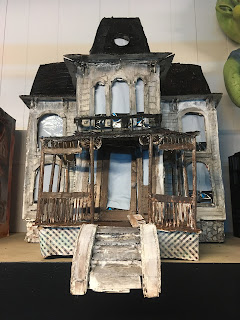 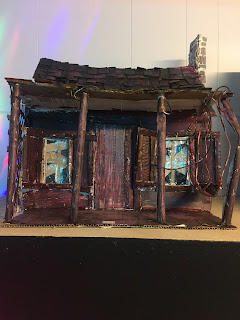 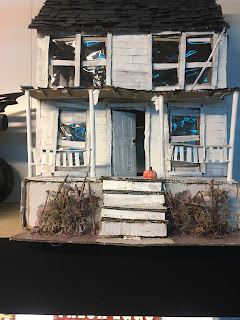 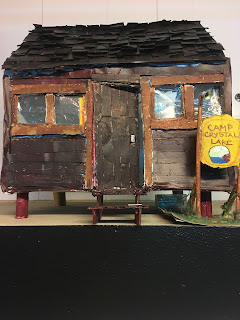 so thats it from this little corner of the world, hope you all have a Happy Halloween